Kisara’s artwork has substantially improved as a result of Tomoya’s providing her with true references for it, so this time Tomoya begins looking over Momoka’s scenario writing, and finds that while there is plenty of romance in it, the amount of sexual content is insufficient for a game of the sort they are trying to make, and she seems to be suffering from writer’s block. One day, after everyone else leaves, Momoka begins playing dominatrix to Tomoya’s submissive, even though he objects that he isn’t a masochist. The two eventually have intercourse, and halfway through their roles switch. This serves to break her writer’s block. A few days later to help the team relax, Nene and Reina bring them all to the beach. While everyone else is playing, Iori takes Tomoya aside gives him a blowjob, intercourse, and finally urine play. A few days later, he comes to Kisara’s house to help her with her doujin manga side project. They wind up having a lot of vigorous sex before finally getting down to actually working on the manga, but finally finish everything, and finally Kisara reluctantly confesses that she loves Tomoya as well. With the substantial improvement in the quality of everyone’s work, the game goes gold and is a success. 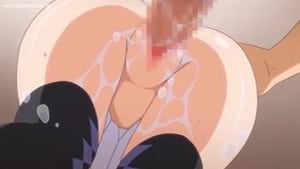